Buying a house in Toronto

Deciding to move is a very life-changing decision, but if you are adamant on doing it, picking the right country and city is maybe the most important thing to consider. One of the best cities you can move to is Toronto. It is ranked as the 4th safest city in the world according to EIU (Economist Intelligence Unit). Toronto is one of the most multi-cultural, urban cities in the world and it is a great place to consider buying a house and making it a home. Other than that, it is in one of the most economically developed countries, Canada, known for its progressive lifestyle. 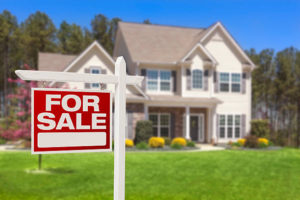 Buying a house is the best option.

Buying a house, or renting?

This is a big question for anyone wanting to move to a new city or country. There are pros and cons on both sides, but buying a house is a much more efficient way to start a new life. Renting a house comes with many difficulties such as paying monthly rent, dealing with a landlord, not being able to move in your furniture if the apartment is already furnished, and more. When you buy a house, you get no such responsibilities. You are also able to renovate and change the appearance of the house or apartment.

Buying a house is better than buying an apartment, as you will get a feel of the suburban lifestyle, a yard, and possibly, no nagging neighbors complaining about loud noise when you decide to have a barbecue party once every two weeks. And if you think that this will not pay off, it is highly unlikely. When you are in a very economically developed city, it is a sure way to find a well-paying job to sustain yourself and your family.

When you buy the house, you need to make sure to be able to move all your belongings to it safely. Hiring reliable movers is an important thing to pay attention to, because there are companies that are unprofessional, and will not take good care of your stuff. Even if they break your stuff, they will probably try to weasel their way out of re-compensating by using loopholes in the law. Good moving companies will make sure to do their job correctly as it is in their best interest to leave you satisfied with their performance and justify their reliability.

Climate and geography of the area

The city of Toronto has a hot summer humid continental climate with warm and humid summers, and cold winters. The temperature during nighttime is usually around 3°C, and the temperature rarely changes due to the proximity to water, as it is bordered by Lake Ontario on the South, and the Rouge River to the east. This means that the climate is relatively stable and the city is a great place to make home.

Having a house in one of the most culturally-developed cities in North America is a great idea. Some of the most important attractions are:

When traversing the city, you will surely stumble daily upon some landmarks that will take your breath away. There is also a sports center called the Rogers Center, which houses many sports events as well as rock and other concerts. This is quite enough of a cultural dose for you to consider buying a house here. 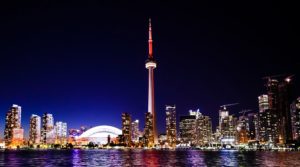 The CN tower, you can probably see your house from here.

Education is one of the most important things in a young person’s life. Your children will be grateful for your decision to move here because the city has a world-wide affirmed University of Toronto. There are also many well-equipped elementary schools and high schools, which provide a great education for all levels and ages. Having a permanent residence here will make your children well-educated and ready to encounter and tackle future adult life problems.

Toronto features a multi-cultural cuisine due to the diversity in its population. There are many Chinese, Indian, Greek, Italian restaurants that have their own national cuisine. They offer the beautiful taste of their home country. When you buy a home here, maybe you can contribute to the diversity of the cuisine. How? By adding your national dish to the menu. One of Canada’s special dishes is the Poutine, which is french fries with cheese, topped with gravy. A special dish indeed, considering the preparation time for it is quite short.

With all this being said, you can clearly see that Toronto is a great place to live in. If you can handle the costs of buying a new property and moving to the city, this is the ideal place for you. You will be able to get a high-paying job equivalent to your skill level. You can even improve yourself because you can probably get access to the University of Toronto. The weather may be a bit on the cold side, but it is very enjoyable once you get used to it. The city has one of the best cultural sights in North America and one of the best theaters in the world. The cuisine is very diverse and you can try many of the world’s national dishes in one city, and maybe even contribute to it.

The decision of buying a house in Toronto and moving in can be one of the best in your life. The community will accept you whatever your background is. You do not have to worry about that. You can find the job of your life and live it the way you had always imagined it.

The world of infinite possibilities awaits after you move to Canada. You just have to seize the opportunity.