Picture a romantic house in a village in Tuscany or a beautiful vacation home with a view of the sea in Sardinia. Now imagine being able to purchase it for only 1 euro. Sounds like a far-fetched fairy tale?  Well, it isn’t. Mostly. Read further to discover everything you’ll need to know about this, almost too good to be true, cheap Italian real estate.

The gist of it

You might have heard about cheap Italian real estate going for sale for 1 euro per house.  The idea behind this project that started a few years ago was to repopulate Italian historic villages with failing resident counts. Simply put, young people were moving out to bigger cities in search of work, leaving their historic villages inhabited by older people mostly. And after their grandma or auntie passed away the same young people would inherit the historic house, along with the tax burden. Not interested in going back most of them gave up their claims to the house in favor of the municipalities which created a precarious situation for the local governments. 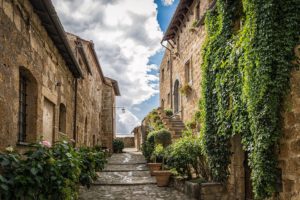 Cheap Italian real estate started appearing on the market as a means for municipalities to re-vitalize their old towns.

Not only did they lose taxpayers of the properties, they also found their hands full of newly vacated houses and no one to sell them to. Furthermore, even if there were people interested to buy, most of the houses needed renovation before they could be sold. With its tax income decreased, the local governments couldn’t finance this. So the mayor of Salemi, a town in Sicily, came up with an idea some ten years ago. They would sell dilapidated houses for the symbolic price of 1 euro to attract an influx of foreign settlers. Since then many more small towns followed suit, and now there’s a good deal of choice when looking for dirt cheap Italian real estate. But there’s also a catch.

We know what you’re thinking. A beautiful house in Italy for only 1 euro? Getting dream home abroad so cheap?! There must be a catch! And there is. But, a reasonable one. The local governments are interested in selling the properties with a few legal conditions that are there to ensure the new owners intend to fulfill the idea behind the project. 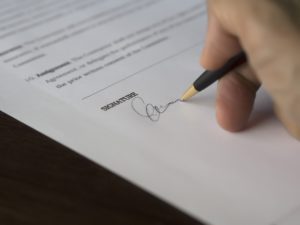 First off, you will have to provide a re-evaluation and restructuring project plan within 365 days of the purchase, which will cost you about 20-25 thousand euros. You will also have to deposit 5 thousand euros with the municipality, which will be refunded after 3 years. Additionally, you will have to pay all legal and notary fees and start work within two months of obtaining all the permits. And that’s it. As you can see the intention here is not to rip off foreigners with shady contract clauses. But the total cost still amounts to more than 1 euro. So the dream is getting moderated a bit, but its still a pretty good deal.

Which towns are participating in the project?

So reading through all this, you might feel like it still sounds good to you. Naturally, then you will want to know where you can buy these cheap houses. The list of towns offering cheap real estate keeps changing, as new ones join and some of the older ones run out of houses to sell. You could browse the official project website, but it is in Italian, so to make it easier for you, we’ve compiled the list of towns where you can get your 1 euro dream house:

This list is not final of course, there are more towns joining the project and offering cheap Italian real estate every now and then. Alternatively, you can check out this map, that will provide you with locations of all the towns currently participating in the project.

What to think about

All this might sound just wonderful, but don’t reach for your savings account just yet. While the direct costs are very affordable, considering you’ll be buying a historic property in a picturesque part of the world, there are some more points you should consider. First off, most of the houses for sale are dilapidated. So you will have to organize extensive work on them. 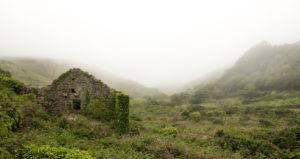 Importing your local workers would be too expensive for most people. So you will probably have to deal with local ones. This means communicating with them most likely in Italian, and if it isn’t your native tongue, or you don’t speak it so well, you might have to hire a translator.  Even if you get a general contractor, chances are they won’t be speaking English. Also, knowing the language is key to understanding what’s going on, which is very important on a project as big as this.

Oh, the dreaded red tape! As you’ve read above, getting into this project will mean you’ll have to deal with the Italian bureaucracy.  Word on the street is, it’s not too simple. Also, knowing Italian, or having someone translate for you will play a major part here too.  Keep in mind this hurdle when making your decision.

Finally, think about your budget. You will be getting a real estate in a foreign country. However, it will start generating tax expenses regardless if you will be visiting it. So consider how much time realistically you could spend in your new dream home. If you’re not planning to move there, you could find yourself using the home for a week or two every year. Maybe it would be more cost effective to save that money and simply travel to Italy for the holidays.

Is it for you?

Now that you have all the vital information, what do you think? Will you be going on this adventure of securing your own dream house? Take your time and think about it carefully. With more and more towns joining this project, you can carefully consider if getting cheap Italian real estate is the thing for you.