Living in Texas as an expat

Living in Texas as an expat is certainly not a bad thing. Texas is a very nice place to live in the United States. It might not be the best, but for you as an expat, it will be great. But before you even move there, you might want to know about some tips about the Texas expat life. If that is what you came here for, we are glad to inform you that you came to the right place. We are going to write about everything you need to know if you are going to be or you currently are living in Texas as an expat.

Some basic facts about Texas

No matter where you are moving to, you need to know some basic facts about that place. So here are some basic facts about Texas. Texas is the second-largest state in the United States by area right after California. It is located in the south-central region of the country. It is a coastal country as it has a coastline with the Gulf of Mexico to the southeast. Its capital is Austin. But Huston the fourth largest city in the country. Huston is, as expected, the most populous city in Texas. San Antonio is the second most populous in the state. As you can probably tell by this information already, a lot of people live in Texas and it is the home to many large cities. 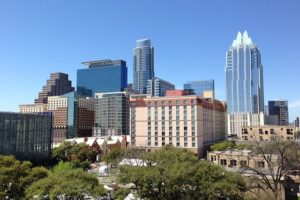 Austin is the capital of Texas.

The climate in Texas is very interesting. The Gulf Coast has mild winters but  The Panhandle of the state has colder winters than North Texas. That is a region in Texas where snow falls multiple times each winter and also in the mountainous areas of West Texas. But it snows on the coast in rare circumstances only. If you live in the mountains, the maximum temperature during the summer will be 80s °F (26 °C). But if you live in the Rio Grande Valley, for example, it will be around 100 °F (38 °C). That is a pretty big difference in temperatures in one state. But the weather is perfect for those who like exploring new cities.

Thunderstorms strike Texas often. Especially the eastern and northern portions of the state. Texas experiences the most tornadoes in the United States. With an average of 139 tornadoes a year. They usually happen in North Texas and the Panhandle during the months of April, May, and June. These tornadoes can be small but they can also be pretty big and cause a lot of damage to many cities.

The culture of Texas

Each state has its traditions and foods and so does Texas. And as Texas is a mixture of many cultures all over the world it can be pretty interesting to explore this topic. Texas was home to many Native American people and that culture stuck the most to this day and age. What many people connect Texas to are American cowboys and they see it as the wild west. It probably was that way at some point in history but Texas has changed and developed pretty fast in the last few decades. 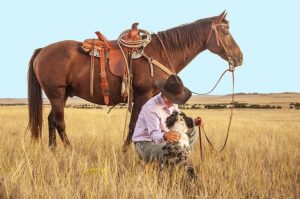 Traditional food in Texas is also something that people find to be very interesting. What people love the most is barbeque. It is a slow-smoking beef brisket or pork ribs over wood-fired heat. Who could say no to that? To go with your barbeque, you need to try Texan chili. It is known to be very hot and spicy. Another food people love is fried okra. Okra is a very interesting plant and it is very tasty. Especially when fried. But eating it raw won’t do you any harm either.

Tex-Mex is short for Texan Mexican food. This is an amazing combination of two different cuisines. What you definitely want to try are authentic cheese enchiladas. As a dip, queso will be perfect. We recommend dipping the okras in queso. You can try this basically anywhere in Texas but if you go to Dallas, you have to try it there too. There are some places in Dallas that sell amazing Tex-Mex food. So make your Dallas relocation worth your while if you want to try some amazing food.

As an expat, you should take some time to get to know Texas as it is an amazing state. Not long after you move to Texas with Evolution Moving Company NB, you need to go and visit certain places. Besides visiting the biggest cities, you need to go to the coast and to the mountains. Two completely different areas yet both wonderful and full of nature.

And if you are a true fan of nature, visiting Santa Elena Canyon is a must for you. It is a national park and it is full of amazing sights and beautiful, untouched nature. There are even some small lakes where you could cool down on a hot summer day. It is a perfect thing to do after you moved to a new apartment. 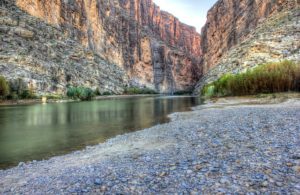 If you like outdoor activities, Texas is the place to be. You can go hiking, mountain biking, surfing, kayaking. Rock climbing is a pretty popular outdoor activity in Texas. There are plenty of safari parks as well as zoos where you could go if you have children. If you feel a bit more adventurous you could go camping with your friends and family. As you can see, living in Texas as an expat is probably the best place to do it because of so many opportunities and options.