Moving to Europe: 10 Best Cities to live in

For non-Europeans, especially Americans, this continent of Europe is something special. It’s due to the Old World’s rich history and culture, with innumerable places that have witnessed all the changes and attract tourists, as well as the locals. These are the ten best cities to live in if you decide you’re moving to Europe.

Vienna is one of the best European, and even the world’s city to live in. It’s been like that for the past nine years, so there must be some truth to it.

Vienna is a city with an amazing past. It boasts some of the most famous tourist attractions millions of people go to see every year. Schönbrunn and Belvedere Palaces, the Prater (a huge entertainment park), and the shopping street, Mariahilferstrasse is only some of the reasons to move to Vienna.

Of course, the fact that memorable historical people lived and created there (think Mozart, Beethoven, and Freud) attracts people, too.

Vienna is considered to be on the expensive side, but as always, you should tailor your decisions according to your income and the type of job you do.

The land of banks, chocolate, clocks, scenic nature, and no war history? It’s pretty obvious why it’s a popular choice to move to. There are actually several cities you can choose when it comes to Switzerland.

Nestled among the white-capped Alps and the gorgeous lake of the same name, Geneva is a calm but quaint city with a high living standard. It’s a melting pot of German and French languages and cultures. Therefore, it showcases a diversity you can see in the customs, cuisines, and overall lifestyle.

Moving to Europe and choosing Geneva, you’ll be able to see the majestic Mont Blanc on your casual walk to the store or downtown. Not many people can say that.

History lovers, this one’s for you. If you’re interested in medieval times, you’ll be glad to hear that the center of Basel is also the center of the medieval town, more specifically the place that used to be the market back in the day.

Switzerland is fairly popular because of the standard, but it’s also among the expensive countries. Luckily, the jobs enable the citizens to have enough income for a relaxed day-to-day life.

How many times have you had enough of the stress and work and thought to yourself ”all I want to do is sit in a bistro in Italy, sip on those espressos, and reply to everything with Molto bene!”? Why can’t that be your reality? 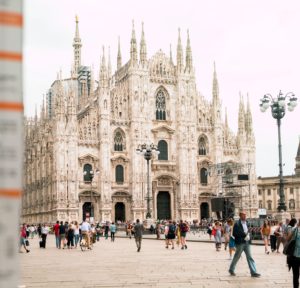 Milan, for example, is in the top ten world’s cities to move to. It’s the capital of fashion, art, and architecture after all. Sports lovers also enjoy this city, so it’s fit for all lifestyles and interests. Surely, the fashion is not affordable for all of us, but hey – you can always window shop!
Still, when the accommodation is in question, luckily, there is a big market for cheap Italian real estates.

Two cities divided by a river, Budapest has so much to offer. Being one of the cheapest cities in Europe when it comes to buying or renting, as well as groceries and fashion, it’s a choice of many students and working young people. Its old streets, ruin pubs, great public transportations, and numerous sights, museums, restaurants will not let you feel bored for one second. Due to the great prices, you can even choose between a house and an apartment.

It’s important to say, moving to Europe will not be a piece of cake. You’ll probably need some help from professionals such as Elite Moving and Storage to make sure everything works out well and stress-free. 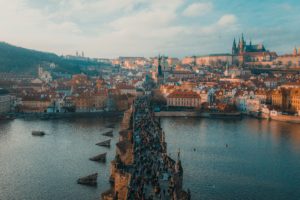 Prague is a historical gem.

One of Europe’s cities of bridges, Prague is a charming place, to say the least. Dotted with breweries and little markets, cobbled streets, and numerous museums, it’s also a great choice for history lovers and those who enjoy living their lives at a slower pace.

Let’s be honest – when we think about moving to Europe, the first cities that come to our minds are London and Paris. Paris used to be a popular one – the City of Light and Love, but due to the recent terrorist attacks, it lost its former popularity.

London, on the other hand, is still high on the list. Many ambitious future students choose this city due to its fantastic and famous educational institutions. If you’re about to move for college, there are some great tips for college move that you can benefit from.

Moving to Europe: the North

Scandinavia is a popular choice for young people thanks to the great living standard, but also many laws they’ve adopted ahead of other nations. Sure, it’s a lot colder up there, but the jobs and health situation make you forget about it.

Oslo and Reykjavik are just two of many cities across the Northern countries that people choose when they’re moving to Europe.

We can’t omit Germany on this list. In fact, the country deserves its own list when it comes to popular cities to move to. Foreigners often opt for Munich. Oktoberfest and rich cultural life make it an easy choice.

In case you couldn’t decide, here are some more:

There you have it. Moving to Europe might not be an easy decision to make, but once you’ve chosen the city and found a place, you just have to trust yourself. All of them have something amazing to offer, whether it’s history, culture, nightlife, or a high living standard. So, pack your bags, book a ticket, and you’re ready to start your new life and create memories.

No Comments
Tags: best places to live, buying a property in a foreign country, Destination where to move