Guide to buying an apartment in Paris

Ah, Paris, who doesn’t love it? Many prominent people throughout the ages went to Paris to experience the unique atmosphere of this magnificent and important city. Many people still want to move to Paris, most of them being artists and other creators and authors. It is indeed a city full of opportunities and inspiration. So, buying an apartment in Paris, is it worth it, and if it is, how can you do it? Let’s find out!

Do you know what ‘Paris syndrome’ is? 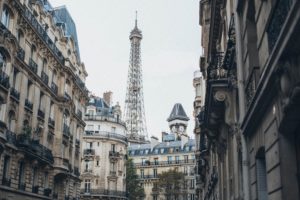 Buying an apartment in Paris, is it wise?

Many people imagine that Paris is some kind of heaven. And sure it can be if you find yourself there. But Paris, however important and amazing it is, is still ‘just’ a city with people in it. And people are more or less the same wherever you go. But buying a home in another continent is different.

People imagine Paris to be a city from the fairytales, with magical lights and artists all over the place, where people live free of worry. But that is not the case. People who have those kinds of expectations soon realize that Paris is not as magical as they think it is, causing them to experience so-called ‘Paris syndrome’.

Paris syndrome can be described as a sense of disappointment when a person expects to see and experience something that they think that they are going to experience, only to find out that imagination and reality don’t match as they have hoped to.

Some apartments in the middle of Paris still don’t have their own toilets, although that number is exerted if you search for that data online. Let that sink in.

Buying an apartment in the center of Paris can be an expensive endeavor. Many people want to live in the middle of Paris, and we don’t blame them.

The structure of European cities differs from the structure of American cities. The Center is important, and people want to live closer to it, especially if they have to work in it. It is not like buying a house in the US. In the USA people often choose suburbs as a place to live. However, Paris is a different case, even for Europe. 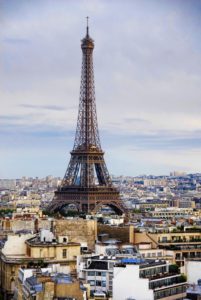 Paris has many sides.

If you can afford to buy a good apartment in the center of Paris, great, go for it. However, many people who live in France choose to live on the outskirts of Paris. There are a lot of good suburban areas, towns, and even villages that are much more affordable than the center of Paris.

You need to hire a good international moving company

Wherever you decide to buy an apartment in Paris, one thing is certain. You need to hire a good moving company that can take you to the other side of the ocean. Choosing the right moving company requires some time and research, but doing that is important.

Have fun in Paris!