The most charming cities and towns in Maryland

Maryland may be one of the smallest states in the U.S. but what it lacks in size it compensates in everything else. The well-to-do economy makes the Old Line State appealing to job seekers, scenic landscapes and tourist attractions to visitors, and excellent schools and low crime rates to families. The diversity of this Mid-Atlantic state is unparalleled. Hence, it doesn’t surprise that there are many charming cities and towns in Maryland to explore and, perhaps, settle in. This east coast crown has some lovely jewels to brag about.

Havre de Grace is close to the largest city in Maryland, it’s rich in maritime history and, thus, has a fair share of tourists. Also, it is perfect for people who work from home; in this Baltimore suburb, you’ll get to enjoy the Chesapeake Bay, an unusually low cost of living, and delicious seafood. While there are many city parks in Havre de Grace, Millard Tydings Memorial Park is the largest. This waterfront park harbors a marina, a gazebo for summer concerts, a playground, and plentiful benches and paths. Also, if you like to stroll or ride a bike, you will enjoy the promenade. It is leading to the Concord Point Lighthouse on its northeast end and offers a wonderful view of the Susquehanna River. While you’re there, visit the Susquehanna Museum at the Lock House. Don’t miss the Maritime Museum; it captured the essence of the history of Havre de Grace. 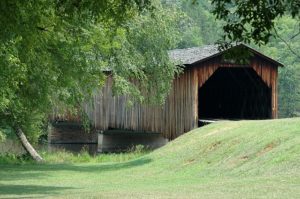 Covered bridges are among numerous important landmarks in Maryland.

St. Michaels just might be the most charming cities and towns in Maryland

“The Heart & Soul of the Chesapeake Bay,” as the town of Saint Michaels calls itself, will take you back to the 19th century with its Victorian buildings and 1879 Hooper Strait Lighthouse. However, this picturesque harbor dates back to the mid-1600s. Unique Bugeyes and Skipjacks will greet you first at The Chesapeake Bay Maritime Museum. If you’re moving on short notice, you can take a break and taste some wine at the St. Michaels Winery or relax in the Spa at Harbour Inn. When the outdoor activities like kayaking and cycling exhaust you, head straight from the water or bike trails to the best tasting, fresh crab cakes.

Even if the St. Michaels is just a weekend getaway to you, the downtown area of this idyllic town will surprise you with a choice of excellent restaurants and boutique shops. If you are a fan of antiques, check out Antiques On Talbot and their collection of historical, antique, and fun items.

More than two hundred picturesque 18th- and 19th-century buildings make Ellicott a jewel among the historic and charming cities and towns in Maryland. If you decide to move stress-free within Howard County it won’t be surprising if you find your roof right there, in Ellicott City. After all, it has everything. Its economy partly relies on the Fort Meade Army base and the NSA providing secure jobs to many (pun intended). On the other hand, it is attractive due to its historic charm mixed with a lively nightlife.

At the same time, Ellicott City can boast with the low crime rate, especially so close to DC and Baltimore. This charming town wouldn’t be as popular if it wasn’t close to recreational trails in Patapsco Valley State Park, fishing spots at Centennial Lake, and historic Clark’s Elioak Farm.

Everything is within walking distance in Berlin, Maryland; coffee shops and antiques, and the ice cream shop you mustn’t miss. Explore the Main St. and then take a break from shopping sipping coffee at one of the many bars and restaurants. You are bound to enjoy its historic buildings and relish the little southern town feel. According to famously friendly locals, Berlin got its name from an old tavern, Burleigh Inn, that was once in the town, and not after its European namesake.

Furthermore, Assateague State Park is a perfect place for outdoor activities. You can enjoy swimming, camping or kayaking and observe wild ponies that roam around freely. If you plan to settle in this vibrant little town, allstatemoving.net will help you pack and move. Small wonder that Berlin is among the most charming cities and towns in Maryland. Even The Runaway Bride couldn’t resist it!

Thurmont – one of the most charming cities and towns in Maryland

Charming red brick buildings are a trademark of Thurmont, MD. Being a proud homeowner in this Frederic county town means you will never have to worry about your curb appeal. The “gateway to the mountains” owns much of its charm to the stunning beauty of its natural resources. If there is a word that describes Thurmont, it is “fresh”. Air at the base of Catoctin Mountains, fruit from the orchards and produce on the farmers market.

Thurmont is rich for two remarkable parks; Cunningham Falls State Park and the Catoctin Mountain Park. It is a haven not only for outdoor enthusiasts but for art appreciators, too. Catoctin Colorfest is an arts festival that welcomes more than 100 thousand visitors each year. The balance between historic downtown and breathtaking landscapes magnetically and continually attracts visitors to this safe, little town.

St. Mary’s City was officially founded in 1634 and it is the best-preserved site of a 17th-century English settlement. Even though it is an unincorporated community and last on our list, it is the first among charming cities and towns in Maryland for a few very good reasons. This former colonial town was once the capital of the country and has been recognized as a National Historic Landmark since 1969. Archaeological excavations continue to reveal the past fame of this small community to the public. At the same time, St. Mary’s City is well known for St. Mary’s College of Maryland. It is a public, liberal arts college that shares a part of its campus with historic St. Mary’s City and only one of two Public Honors Colleges in the whole nation.

No Comments
Tags: best places to live, buying a house